Laundry brands including Ariel and Persil are misleading consumers with unsubstantiated eco claims, according to a Which? report. The report by the consumer watchdog found that almost half of the 14 laundry, toilet cleaner and nappy brands surveyed made environmental claims that could not be supported convincingly. All the toilet cleaners in the report including Tesco’s Naturally brand and Sainsbury’s Cleanhome brand and Green Force cleaners were criticised for making unproven claims. Tesco’s Naturally toilet cleaner claims that it contains no phosphates and leaves no hazardous chemical residues, but non-eco cleaners do not either. Which? says Tesco has agreed to change its packaging as a result of the report. 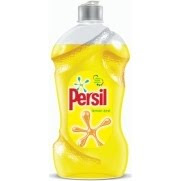 Ariel and Persil laundry detergents both carry a logo that implies the products encourage greener behaviour but the report found that it was unclear what environmental issues it relates to. Products targeting green consumers have a responsibility to be clear and unambiguous; while claims may be scientifically proven, the evidence has to be accessible to the average consumer. Here we are, trying to do good for the world but there are people who are trying to take advantage of those who care. Seriously guys. Have we humans lost respect for each other and just see one another as walking, talking money signs?

Tip of the day: Get spotless windows by mixing 2 tablespoons of white vinegar with a gallon of water, and dispense into a used spray bottle. Squirt on, then scrub with newspaper, not paper towels, which cause streaking.
Posted by Green Cleaners Singapore and Australia