Environmental activists, indigenous leaders and Hollywood celebrities are gathering in Bolivia ahead of a self-styled global people's conference on climate change starting Tuesday. Thousands of attendees intend to highlight the plight of the world's poorest who they argue were largely ignored at the official United Nations sponsored summit in Copenhagen last December. 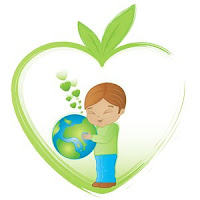 Critics say that the deal will not avert catastrophe and the "People's World Conference on Climate Change and Mother Earth Rights," which runs through Thursday, aims to draft new proposals for consideration at the next UN meeting in Mexico at the end of the year. Bolivia's UN ambassador, Pablo Solon, said the conference, which is expected to be attended by 18,000 people, is "the only way to get the climate change talks back on the track".

Developing nations have resisted a legally binding climate treaty, arguing that wealthy nations must bear the primary responsibility for climate change. Nearly 130 countries, including many of the world's poorest, will be represented at the Cochabamba conference, which symbolically reaches its climax on Earth Day. The conference will seek to refine proposals presented by Morales in Copenhagen that included the creation of a world tribunal for climate issues and a global referendum on environmental choices. Presidents Chavez and Morales were among the harshest critics of the December 2009 Copenhagen conference, arguing that developing countries were largely ignored in the debates. The conference begins the day after representatives from the world's leading economies gathered in Washington for a preparatory meeting ahead of the December UN summit in Cancun.

The US-led Major Economies Forum comprises 17 countries responsible for the bulk of global emissions and excludes smaller nations such as Sudan whose firebrand negotiators held up sessions at December's Copenhagen summit. Washington hopes the closed-door talks will allow key nations to quietly assess what they can achieve heading into the next major climate summit in December in Cancun.

Well, after the outcome of last year's summit in Copenhagen, let's see what will be achieved from this one. Heh. Hmmmmmm....
Posted by Green Cleaners Singapore and Australia