Features: 6:00pm: Interactive presentation by Mr OB Wetzell III:Director of “Sustainable Return”: a company which advises major developers on the necessity and advantages of sustainable building. An inspiring guest speaker who promises to challenge your views and motivate you towards change. 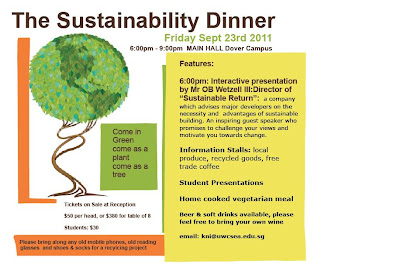 Amidst the thousands of Buddhist temples in South-East Asia, one in Singapore stands out from the rest — conservation-wise, that is.

Located on a small hilltop at Chwee Chian Road, off Pasir Panjang Road, Poh Ern Shih (Temple of Thanksgiving) is probably the first religious building in Singapore to display great zeal and determination in becoming green. Facing Singapore’s southern coast on one side, and the famed Bukit Chandu on another end, the temple was built as a memorial to those who lost their lives during the Battle of Pasir Panjang in 1942, which was fought just a week before the British surrended their “Gibraltar of the East” to the Japanese.

Established in 1954 as a modest single-storey temple by philanthropist Lee Choon Seng (who passed on in 1966 at 78 years old), Poh Ern Shih is one of the few Chinese Mahayana temples in Singapore dedicated to the Ksitigarbha, one of the four principal bodhisattvas in East Asian Mahayana Buddhism (the others being Samantabhadra, Manjusri, and Avalokitesvara).

The original temple structure was demolished in 2003 in order to expand the temple complex, and the first phase of renovations was finished in 2007. To the honorary president of the temple, Lee Boon Siong (the founder’s grandson), this presented a marvellous opportunity to incorporate eco-friendly features into the new wing.

Lee, a retired lawyer who spent many years in Canada after leaving Singapore in 1988, said that he learnt many aspects of being green during his sojourn there. Upon his return to Singapore in 1995, he was asked to be a director of the temple board, which is funded entirely from donations and gifts.

Together with a partner organisation, the Buddhist Fellowship, the temple conducts programmes such as Dharma talks, Sutta discussions and meditation courses in Chinese and English for the Buddhist community. What is obvious is the building’s sensitivity to the needs of its devotees and visitors, who are mainly in their 60s. For the benefit of wheelchair users, a gentle driveway stretches from the gates to the upper levels of the temple, and every storey of the building has level flooring. The lavatory cubicles are fitted with easily reachable emergency assistance buttons, and the doors are designed so that they can be unlocked from the outside in case of emergencies.

With Lee Coo Consultant Associates appointed as both project manager and architect, phase one saw the incorporation of 160sqm of solar panels. All panels gave a combined peak rated output of 18.82kW, with engineers estimating its annual output in the region of 21.6MWh (megawatt hours). With the new office wing completed in April 2007, Poh Ern Shih then embarked on the second phase, which involved building a pagoda consisting entirely of steel, glass and photovoltaic (PV) panels. The translucent shell of the pagoda acts as a skylight that lets in sunlight into the prayer hall below.

In accordance with its spirit of sharing and generosity, Poh Ern Shih shares the performance data of the various PV panels with academicians, students and those with no commercial intent. Building researchers from Singapore regularly upload the PV performance data from Poh Ern Shih so that more work can be done to refine the performance of PV in the tropics. Students from universities also make regular visits there to see how things are done. Poh Ern Shih’s solar PV system is grid-connected, so any surplus electricity is sold back to the utility provider, though the temple is far from being a zero-energy building. The only form of on-site energy storage is quite limited at the moment (a few small batteries), and it is used to power some garden and landscaping lights in the evening.

Energy savings is also achieved by minimising the use of lights by using light tubes, which are cylindrical devices fitted with lenses and coated with reflective material so that sunlight from the rooftop or surface is bounced along the tube to light up dark basements or interiors. The temple also saves electricity by mounting four solar thermal water heaters so that it could have hot water for its kitchen. Other passive cooling and energy saving measures include using LED (light-emitting diode) lights and relying as much as possible on natural ventilation.

Finally, rainwater is harvested, and used for all washing and in toilets and gardens, saving an estimated 8,000cu.m of water each year. Engineers estimate Poh Ern Shih’s energy savings to be around 558,168kWh/year. The only “failures” are the two small wind turbines mounted on the rooftop; Singapore just does not have high enough wind speeds to move even a tiny wind turbine.

The benefits of Green Mark-certified buildings include cost savings through the efficient use energy and water, and lower maintenance costs. Other benefits include enhanced occupant productivity and health due to good indoor environmental quality. The Malaysian equivalent would be the Green Building Index (greenbuildingindex.org)

As far as the sums go, the temple is far from breaking even on the millions of dollars spent on the additional green features. However, as electricity prices in Singapore are pegged to fuel costs (with the July-Sept 2011 rates starting from 29.19 (Singapore) cents per kWh, including the goods and services tax of 7%), the “break even” period should be way less than 20 years.

No matter which way one looks at it, it is indeed a pleasant surprise to see Poh Ern Shih spreading the message of conservation. And in the spirit of continuous improvement, a defining Singapore trait, Lee is not about to sit still and bask in the glory. He is actively seeking to improve things, so that one day, the temple can be truly self-sufficient in water and electricity.
Posted by Green Cleaners Singapore and Australia No comments:

Cesare Safieh, renowned California stylist for over 25 years, has just launched a flagship advanced-technology hair salon, located in Pasadena, California, where every detail enhances the experience of high-end hair styling. Bring together advanced lighting, specialized techniques, and state of the art hair extensions, all with an environmentally-conscious process.

Using all Light-Emitting Diode (LED) lighting throughout that emits no heat and gives true daylight color rendition while using a fraction of the energy of traditional bulbs, to a Portable Digital Ionic (PDI) hair drying system that cuts drying time in half while being energy efficient, to the latest hair technique 'Angles in Motion: Rock Your Hair' that combines mind, body movement and body positioning, to state-of-the-art products such as the revolutionary 10 Minute hair color from Schwazkopf Igora- that rebuilds the hair and stabilize the protein structure of the strands to improve condition as it colors, and the ability to attach eight hair extensions in just 45 seconds with the Laserbeamer XP System by Hairdreams, Cesare has created not just another salon but an experience for his clients. He has raised the bar for the evolution of hair salons.

The new Hair By Cesare contemporary salon is housed in a historic building in Old Town Pasadena at 170 so. De Lacey Ave. Pasadena CA 91105, and is infused with natural light allowing for every detail of the hair to be seen. Cesare has created high-end hair styling that is now a faster and environmentally-conscious process. The salon is the answer for those on the go who have no time to spend hours in the salon.

As the owner of Hair By Cesare, Inc, Inc., he has been creating unique European inspired hairstyles since 1979. His styles have graced the pages of many magazines such as Elle, Allure and Modern Bride. Talent and artistic acumen give Cesare a leading edge in creating today's new looks and tomorrows unforgettable styles. He is known to stay on top of cutting edge trends, continuing education monthly, attending shows and classes to keep abreast of the latest industry techniques.

An expert in 100% human hair extensions, Cesare can attach eight extension strands in 45 seconds. He is one of the top Laserbeamer XP System experts in the USA, using the innovative method to simultaneously bond to your own hair using a special device. In this way, hair extensions can be applied quickly and efficiently. This method lasts around four to five months. Cesare has pioneered a detailed blending technique for extensions. Trendy feathers and crystal highlights can also be added to any client's hair. His extensions are also know for adding volume and thickness to thinning hair.
Posted by Green Cleaners Singapore and Australia No comments:

The restaurant, bar and pool offer views of the white-sand beach bordering Huahine’s clear lagoon, affording a panoramic view of Raiatea, Taha’a and Bora Bora. Le Maitai Lapita Village features 15 ‘Premium Lake Bungalows’ built around the freshwater lake and decorated with water lilies; five ‘Premium Garden Bungalows’; and 12 ‘Garden Bungalows’ throughout the property, each with a partial view of the lake and surrounded by tropical plants and native flowers.

Le Maitai Lapita Village’s architecture is heavily influenced by both the artistic and canoe culture of the region. Each bungalow is designed to evoke a sense of the Polynesian canoe house and is decorated with stylized canoe prows. Traditional paddles decorate the walls of the bungalows, and many feature furniture in the shape of a canoe.

The style of the hotel’s reception area and restaurant/bar is inspired by the architecture and cave adornments of the houses of ancient Polynesian chiefs. The terracotta color of the Lapita pottery is consistently represented throughout the bungalows, and archaeological artifacts found on-site also inspired the decor. The term “Lapita” refers to the ancestors of French Polynesia and to the people who navigated from South East Asia 4,000 years ago through Melanesia to Polynesia in large double-hulled sailing canoes. The history of Polynesian culture served as an inspiration for the development of the hotel as well as the atmosphere its design is intended to create. This history is told through a chronological exhibition in the hotel museum, tracing the ancient settlement period, the arrival of Europeans, and continuing to the present day. On display are relevant artifacts, illustrations, explanatory texts and diverse artwork.

Le Maitai Lapita Village incorporates various environmental-sustainability measures. The hotel is largely supplied by photovoltaic, renewable energy and was built using a combination of local and traditional as well as modern and recycled materials. The area’s eco-system is preserved through the use of non-polluting waste treatments and cleaning products.

Native trees and traditional medicinal plants were planted around the hotel, recreating an authentic atmosphere. Across the grounds, a traditional flora is combined with natural species for color and variation.

The hotel plans to apply for EarthCheck Certification following the example of the two other Le Maitai hotels (the Le Maitai Polynesia Bora Bora has received Silver Certification and the Le Maitai Rangiroa resort Bronze Certification). The certification recognizes various environmental-sustainability practices and takes into account the development’s relationship with the environment and various benefits shared with the staff and community, including educating and raising awareness to promote preservation.

The Le Maitai Lapita Village, located on the island of Huahine, completes the Le Maitai collection and is managed by Hotel Managements & Services. For more information, visit www.hotelmaitai.com
Posted by Green Cleaners Singapore and Australia No comments: