A collaboration between the Ministry of Education (MOE), IBM and and Singapore Green Building Council (SGBC) has brought forth further developments as schools will be installing Smart Meters, created to track the energy usage of each campus.

Students are also given responsibility as some will be chosen to be Ambassadors to help identify ways of reducing electricity consumption in their respective schools. The schools will span different types, with ITE College East the first school to be announced.

Under the one-year project, the schools will first establish how much energy they use. The three institutions spearheading the project will then work with them to reduce usage, especially in lighting and air-conditioning. Data from the meters will be uploaded to a shared server where the schools can look at each other's progress and share best practices.

The computer giant is funding the US$100,000 (S$121,000) cost of the project, which is expected to be completed by August next year. The target is for 80 per cent of buildings here to be certified with the Building and Construction Authority's Green Mark by 2030.

IBM is also funding 10 other projects worldwide - in health care, energy and food safety - as part of its 100th anniversary celebrations.
Posted by Green Cleaners Singapore and Australia No comments:

Singapore schools are about to get greener with a US$100,000 grant from global technology firm IBM for improving energy management in 20 school buildings, a move intended to create a new benchmark in energy efficiency for schools nationwide.

IBM announced that it would give the award to the non-profit Singapore Green Building Council (SGBC) for ‘Project Green Insights’, a collaboration with the Ministry of Education (MOE) to design energy management systems and raise awareness of energy efficiency at selected school buildings. 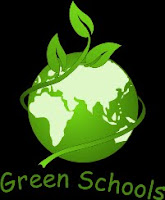 The Singapore Green Building Council is proud to partner with IBM to bring ‘Project Green Insights’ to schools, the goal being to educate the next generation on the importance of going green especially in the fields of education. The green building movement can only be achieved through close collaboration between government, industry partners and end-users, which is why it is not surprising to see how all the parties involved are going all out to ensure the success of this project.

The SGBC grant is largest of the 11 awards handed out globally as part of IBM’s plan to celebrate its 100th year anniversary by donating volunteer expertise and nearly US$1 million to non-profits and educational institutions around the world.

‘Project Green Insights’ will equip the 20 pilot schools with networks of smart meters that will allow the entire school community to track energy consumption using cloud-based software. By tracking their energy usage on an easily accessible dashboard, students and staff will be able to identify ways of reducing their energy usage for lighting and air-conditioning.

IBM volunteers will help the school communities implement the system and sharpen their understanding of the project’s objectives. They will also be providing mentorship to staff and students on sustainability practices.

The pilot schools such as the Institute of Technical Education (ITE) College East welcomed the interactive approach to greening their school buildings, aiming to set a benchmark for greener and smarter buildings for the education community in Singapore as well as in the region. This project hopes to ignite a spark in staff members, students and parents to rally behind a longer-term sustainability effort.
Posted by Green Cleaners Singapore and Australia No comments:

Some banks are now offering discounted mortgages to people buying eco-friendly homes and Energy Star certified homes. The trend toward green living has finally caught the attention of the banking industry. 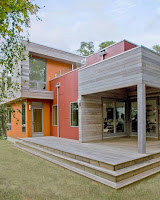 Banks have watched as consumers have made greener choices in everything from washing detergent and light bulbs to high-efficiency furnaces and solar energy panels. With consumers interested in greening their lives, most of Canada's major banks have seen the opportunity to offer "green mortgages," which offer homebuyers a discounted interest rate and other incentives to buy more environmentally sensitive houses or perform upgrades aimed at lowering their environmental footprint.

Consumers, especially first time buyers, are increasingly looking to green home upgrades to help the environment and lower the carrying costs of owning a new home.

According to surveys conducted by Leger Marketing, while Canadians are interested in lessening their impact on the environment, the decision to buy a "green home" is really being driven by saving cash, and more than 59 per cent of respondents cite financial savings as the main reason for making eco friendly upgrades and purchases. The results are not surprising, considering more than 51 per cent of survey respondents say utility costs are the biggest surprise financially when it comes to owning a home.

Having new windows, doors and a high-efficiency furnace can go a long way to help make those carrying costs more palatable, according to Leger, which found 92 per cent of Canadian respondents recognize the cost advantages of energy-efficient home upgrades.

It also found nearly half of all homebuyers plan to make investments in energy-efficient upgrades in the next year, especially with the anticipated extension of the federal government's ecoENERGY Retrofit program. The program allows Canadians to write off a portion of their green home renovations on their taxes.

The green trend isn't just infecting resale homebuyers. According to an EnerQuality Green Building survey released in November 2009, more than 40 per cent of Ontario homebuyers are willing to pay up to $10,000 more for a new green home, or a home that is Energy Star certified. It's almost double the 22 per cent of homebuyers who were willing to spend that amount of money in 2008.

While almost all of Canada's big banks are offering green mortgages, the loans aren't open to just anyone. Buyers must qualify for the green loan by proving that the house they are buying meets certain green energy standards, or that they will be completing certain green upgrades to the home shortly after moving in.

Incentives offered by the banks vary. Some will provide rebates equal to the cost of a home energy audit, which is around $300, and then a cash back incentive that can be used for green upgrades. Others offer discounts to posted mortgage rates.

Though wading through all these new options proves to be a daunting task, homeowners and those who are looking to make the move to a greener lifestyle have been diligent in getting all their goals in order with help from the banks and the useful information they provide.

Companies who are participating in this new wave of going green aim to make a considerable mark in lessening the disconcerting carbon footprint.
Posted by Green Cleaners Singapore and Australia No comments:

Arriving from the urban jungle of Istanbul, the many neighborhood parks of Paris are literally a breath of fresh air, with their stately tress, colourful blossoms, duck filled ponds and content strollers. Many have given city dwellers a natural respite for hundreds of years, but one of the most impressive is just a few years old – a space that may not have existed had Paris won it’s bid for the 2012 Olympics.

Bested by London for the honor of hosting the international games, Paris instead moved to transform the area in Clichy – Batignolles into the now lively Parc Martin Luther King, allowing families to enjoy picnics, lounging on lush young grass and resting on lounges found all around the beautiful area.

This park is home to many various trees including magnolias, cherry, apple and dogwoods. Its shrubbery is meticulously maintained as are the flowers, the lawn and a colourful community of herbs and vegetables.

The city plans to further develop the area to include apartments, office spaces, shops, school and even an expanded metro line. The park, which is to be further enlarged, will remain to be the centrepiece of the ecological development in line with the utmost goal which has been to emphasize the essentials of what a green space really is: a corner for nature in the heart of a city; one that is beautiful, fragile and productive.

There’s another reason to fly over there for a holiday, not to say that Paris lacks any luster when it comes to attracting tourists!
Posted by Green Cleaners Singapore and Australia No comments:

PARIS, France : Green aviation was a hot topic at the Paris Air Show this year.

With volatile oil prices fuelling the need for alternative energy, several solutions were presented to tackle the environmental question. And Asia's largest aviation event next year, the Singapore Airshow, should deliver more answers.

Making its debut at the Paris Air Show was the Solar Impulse - powered by solar cells with zero emissions. The goal of it’s innovators was to guide masses towards a revolutionary mindset – that of renewable energies, energy saving in clean technology allowing the world and daily lives to be much cleaner. This in turn opens doors to more job opportunities while improving the quality of life and reducing the impact on the environment.

Some environmentalists said the biofuel business is green aviation's future, with this possible future presenting itself at the Singapore Airshow 2012.

This is definitely something to look forward to – see you at next year’s Airshow!
Posted by Green Cleaners Singapore and Australia No comments: