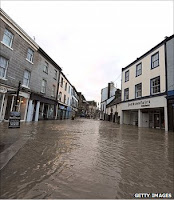 "That is interesting because even with the amount of incentives that we were offering, it just was not enough to overcome the fourth 'will it work' reservation."
Posted by Green Cleaners Singapore and Australia No comments:

Consumers are voting with their wallets and opting for eco-friendly laundry products, consumer research shows.

The latest Canstar Blue independent consumer survey of 2500 Australian consumers, released on Thursday, revealed that Aldi, which recently committed to banning phosphate detergents, has the most satisfied laundry powder customers.

"Consumers are undoubtedly becoming more aware of their eco-footprint and consumers are starting to vote with their wallets by choosing products that are kinder on the environment," said Canstar Cannex head of research Steve Mickenbecker.

Mr Mickenbecker said brands are responding to the demand, with Aldi banning phosphate detergents across their entire range by the end of 2013.

Phosphates are used in many laundry products because they soften hard water and break down dirt, but once released in the water they have a harmful effect on lakes and rivers.

The research also showed that Australian consumers are going one step further, with one in four people using leftover water from their washing machine in the garden.
Posted by Green Cleaners Singapore and Australia No comments:

“Is your life too plastic?”

Environmentalist and co-founder of ‘Take 3’, Tim Silverwood thinks so, and is hosting screenings of the new, award-winning environmental documentary Bag It to help raise awareness of plastic pollution in our oceans.

The film explores our daily reliance on plastic and how this threatens not only waterways and marine life, but human health, too. Two of the most common plastic additives are endocrine disruptors, which have been shown to link to cancer, diabetes, autism, attention deficit disorder, obesity and infertility.

The screenings of this fantastic documentary will act as fundraisers for Tim, who in July this year, will sail from Hawaii to Vancouver to research plastic pollution in the Great Pacific Garbage Patch, a huge plastic 'soup' twice the size of France thought to contain over 100 million tonnes of waste.

‘Take 3 – A Clean Beach Initiative’ is a non-profit organisation formed in 2009 that asks everyone to take three pieces of rubbish with them when they leave the beach, waterway or coastal area.

Watch 'Bag It', you'll be surprised at just how little you know about plastic.

The documentary will be shown at the following six locations:

You will find Facebook events for each of the events at: http://www.facebook.com/timsilverwood.fighting.against.marine.debris
or http://timsilverwood.com/events/

Thank you so much for all the support!