A Mother’s Plea – Mother Earth, That Is.

A major US science conference was held last Sunday, whereby concerns were raised over the effect of a continually growing population on the planet. The United Nations has predicted that by the end of this year, the global population would have reached seven billion – and may escalate to nine billion by the year 2050.

What does this mean? Basically a rapid growth in the population would lead to an increase in food production – however, bear in mind that we already have a scarcity in resources as it is. If current trends carry on as they have been, by the year 2050 our children and grandchildren could very well be residing in an unrecognizable world. 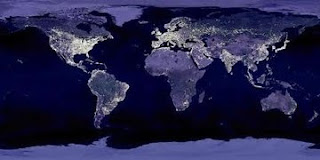 Being that incomes are expected to rise as well in the coming decades- tripling globally and quintupling in developing nations- this development ensures added strain to global food supplies.

To feed all those mouths, we will need to produce as much food in the next 40 years as we have in the last 8,000! People tend to move up the food chain as their incomes rise, consuming more meat than they might have when they made less money.

Meanwhile, population experts are now calling for attention to be drawn on more funding for family planning programs to help control the growth in the number of humans, especially in developing nations.

For the past two decades, very little investment has been aimed toward family planning. However that has begun to change, partly because of the environmental factors like global warming and food prices. Minimizing population growth is one of the key factors in making a significant alteration to the predicted outcome, and the only feasible way of going about that is through effective family planning.

Our moment is here, and the time is now. Ask yourself this - what good will a pretty penny do for you and your family if we all live to see the day that the Earth is spoilt beyond recognition? Take this into consideration when you find yourself making decisions day by day, and I implore you to be a little more conscientious in the way you choose to live your life. Do it for the future of your family, and for the planet, the one home in which we thrive. Mother Earth has always been generous in providing for our needs, and it’s high time we did our part in protecting and restoring her to her splendour.
Posted by Green Cleaners Singapore and Australia