The United Nations says the global financial crisis may have a silver lining: prompting more governments to boost their spending on environment-friendly initiatives such as renewable energy and energy efficiency.

Angela Cropper, the deputy executive director of the U.N. Environment Program, said on Thursday she welcomed the recent announcements by several Asian countries, including South Korea and Japan, of a green component to their multibillion dollar stimulus packages.
"It is giving a clear signal and statement that business as usual is not the way of the future," Cropper told a daylong seminar in Bangkok aimed at finding innovative ways to help countries adapt to climate change. The seminar was sponsored by the U.N. and the Swedish International Development Cooperation Agency.
Cropper lauded the effort of governments "to create the climate in which business and industry can tap into these new investments."
The initiatives come on the heels of President Barack Obama's promise to invest $150 billion over the next decade to create green jobs, particularly in the automotive industry, and to improve the electricity grid so people can drive plug-in hybrid vehicles. 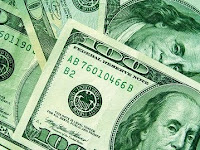 Earlier this month, South Korea said it will invest 50 trillion won ($38.1 billion) over the next four years on environmental projects in a "Green New Deal" to spur slumping economic growth and create nearly a million jobs.
"We have turned the climate crisis into a business opportunity," South Korea's Climate Change Ambassador Rae-Kwon Chung said on the sidelines of the conference. "We can no longer look at climate as just a pain, a burden. We have to turn it around and look at it as a new economic opportunity."
Japan also recently announced that it aims to expand the "green business" market and create up to a million new jobs, with measures including zero-interest rate loans for environmentally friendly companies, the U.N. environmental agency said in a statement.
James Gifford, the executive Director of Principles for Responsible Investment, a U.N.-affiliated investor initiative comprising 450 institutional investors, said stimulus packages will offer companies cash that they are struggling to raise in today's battered financial markets.
"I think the stimulus packages around the world are going to deliver a huge amount of capital into renewable and climate change," said Gifford.
Posted by Green Cleaners Singapore and Australia