Carry a plastic bag in Delhi - get jailed!!

The global battle against plastic took a draconian turn when officials in New Delhi announced last week a penalty for carrying a polythene shopping bag. Officials in India’s capital have decided that the only way to stem the rising tide of rubbish is to completely outlaw the plastic shopping bag. According to the official note, the “use, storage and sale” of plastic bags of any kind or thickness will be banned.

The new guideline means that customers, shopkeepers, hoteliers and hospital staff face a 100,000 rupee fine ($306) and possible jail time for using non-biodegradable bags. New Delhi has been steadily filling up with plastic bags in recent years as the economy has boomed and western-style shopping malls have sprung up in the city. Environmentalists say more than 10 million are used in the capital every day.

To begin with, the ban will be lightly enforced, giving people time to switch to cotton, recycled paper and compostable bags. Civil servants said that punitive measures were needed after a law prohibiting all but the thinnest plastic bags — with sides no thicker than 0.04mm — was ignored. 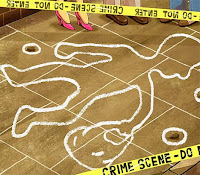 Officials said that it would be up to the court to decide on how harsh a sentence an offender might face....
Posted by Green Cleaners Singapore and Australia