Earth Hour Around the World! 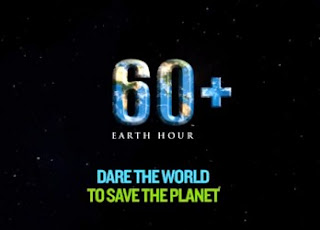 This year Earth Hour, the world’s largest movement for the planet, will take place on Saturday, March 23 at 8:30 p.m. in time zones throughout the world. Organised by the Worldwide Fund for Nature (WWF), Earth Hour started in Sydney, Australia in 2007 aiming to highlight humanity’s impact on the natural environment. It has since blossomed into an international event. As in previous years, Earth Hour 2013 will see lights being switched off all over the world whether in households or at national monuments, but since its inception, Earth Hour has become much more than just switching off the lights for 60 minutes. Earth Hour now encompasses over 7,000 cities and towns in 152 different countries involving hundreds of millions of participants across seven continents.

As international recognition and observance of Earth Hour’s ‘One hour to save the planet’ campaigns has grown, so the number of on-the-ground activities which Earth Hour and the WWF are involved in has mushroomed across seven continents.

In Uganda work on establishing the first Earth Hour Forest has started. As part of a fight to counter the 6,000 hectares (about 15,000 acres) of deforestation that occurs in Uganda every month, WWF Uganda has identified almost 2,700 hectares (6700 acres) of deforested land and has set about replanting it with half a million trees indigenous to Uganda as part of the Earth Hour 2013 campaign.

In Argentina, local Earth Hour organisers mobilised thousands of volunteers in support of a Senate Bill to make Banco Burwood (or Burdwood), a vast area lying to the south of the Falkland Islands – Islas Malvinas — the biggest Marine Protected Area in the country.

During Earth Hour 2012 in the USA, around 35,000 Girls Scouts participated in the Save Energy Project, installing 132,141 energy efficient light bulbs across the United States. This resulted in a saving of 75,392,654 pounds (almost 34,000 tons) of CO2 emissions, the equivalent of planting about 2950 hectares (7,286 acres) of trees per year, given the estimated lifetime of the energy efficient bulbs.

In Indonesia, the ‘Ini Aksiku! Mana Aksimu?’ campaign has used social media platform Twitter to mobilise 30 Indonesian cities, and not just for Earth Hour itself. ‘Ini Aksiku! Mana Aksimu?’ translates as 'This is my action! What is yours?' and has raised awareness of human factors affecting the environment. Thousands are now involved, each taking their own actions in a multitude of different ways to reduce their environment impact.

At the Earth Hour 2013 launch, CEO Andy Ridley highlighted action being taken in Russia as a result of Earth Hour campaigning.

“Last December, the Russian parliament passed a long-awaited law to protect the country’s seas from oil pollution, after the voices of 120,000 Russians were presented to the government during our I Will If You Will campaign for Earth Hour 2012,” he said.

For 2013, preserving Russian forests are again to the fore. WWF’s Earth Hour in Russia aims to sign up 100,000 Russians to petition for changes in current forest legislation. If the campaign succeeds, a ban on industrial logging would come into force in an area of Russia equal to twice the size of France. The effect would be to bring protected status to 18% of all Russian forests.

Those campaigns and results are but a few examples of what can be achieved both small scale and large scale across the globe. As Ridley said,
“These outcomes both evidence the power of our collective action and the potential for future outcomes for the environment, generated by hundreds of millions of people coming together as part of the Earth Hour movement. People from all walks of life, from all nations around the world, are the lifeblood of the Earth Hour interconnected global community. They have proven time and time again that if you believe in something strongly enough, you can achieve amazing things. These stories aren’t unique, this is happening all over the world.”

As Earth Hour has demonstrated since 2006, a simple leitmotif of flicking a switch for 60 minutes can have enormous repercussions. From small beginnings, Earth Hour has raised awareness that small actions do matter and can, collectively, make an impact. The real test for Earth Hour and the WWF is to capitalise on that 60 minutes of awareness so that it becomes second nature, not just for 60 minutes each March, but every second of every day throughout the year.
Posted by Green Cleaners Singapore and Australia

Labels: Earth Hour 2013, I Will If You Will Campaign, Take the Pledge for the Earth