Top 5 Cleantech countries in the world 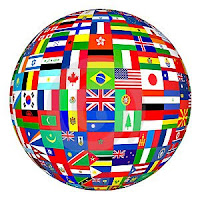 The cleantech wave is expected to continue to grow, with some analysts estimating the cleantech market will crack the $2 trillion threshold by 2030. The players in the cleantech space are a mix of world economic, political and social leaders. They include former American vice presidents, billionaire entrepreneurs, Arab Sultans, Internet moguls and huge pension funds.

Which countries are the leaders in cleantech? There are no black and white answers. I analyzed what I thought were the most important factors, such as government initiatives and programs, large investment mandates, entrepreneurial innovation as well as cultural and social drivers.

With the national goal of becoming 100 percent fossil fuel free. The Danes are Europe's largest exporters of energy technology and the birthplace of wind technology. The Danish wind industry accounts for approximately one-third of the world market, with big players such as Vestas, Siemens and Gamesa all having major R&D and production facilities in Denmark. The Danes also have the financial backing of ATP Pension Fund, DONG Energy and AP Pension, all with huge mandates for cleantech. Denmark is truly a model cleantech country where business, international cooperation, entrepreneurship and R&D partnerships are facilitated by such organizations as Copenhagen Capacity, Copenhagen Cleantech Cluster, and Cleantech Scandinavia.

Is the solar capital of the world. Over half of all global solar energy is produced in Germany. Led by powerful government initiatives such as the feed-in tariff program, 10 percent of the energy consumed in Germany was produced from renewable resources in 2008. Germany also tops European countries for cleantech investment in 2008, with $383 million in capital—an increase of 217 percent from 2007. The German government’s "High Tech Strategy" devoted more than €15 billion to technology and innovation between 2006 and 2009 and has helped increase employment in the cleantech industry from 250,000 in 2007 to 280,000 in 2008. Germany's 2050 goal is to have half of primary energy consumption coming from renewable resources.

Is a country fully embracing green technologies, with 43.3 percent of total energy consumption coming from renewable sources. The city of Malmo is a true example of cleantech living—with 39.9 percent of its energy consumption covered by renewable energy. Sweden boasts two internationally renowned sustainable city projects, City of Tomorrow in Malmo and Hammarby Waterfront in Stockholm. Between 1990 and 2007 Sweden's GDP grew by 48 percent while greenhouse gas emissions decreased by 9 percent. Strong legislation has pushed the cleantech industry, fueled by some of the strongest environmental organizations in the world. The Society of Nature Conservation, WWF and Greenpeace have some 500,000 supporters/members in a country with a total population of 8.5 million. Add the backing of financial of such institutions as AP7 Pension Fund, Northzone Ventures, Sustainable Technologies Funds, and SEB Venture Capital, and one can easily see why Sweden is a true cleantech force on the world stage.

Official commitment to cleantech is strong and growing. It is aiming to achieve a 60 percent reduction in UK carbon dioxide emissions by 2050, and carbon neutrality by 2012 for the government's office estate, all backed by such groups as UK Trade & Investments and ThinkLondon. With the 2012 Olympics aimed to be the greenest games ever, the UK has set a target of 15 percent of energy from renewables by 2020. The UK is also in the running for the financial hub of cleantech with well respected firms such as Generation Investment Management (co-founded by former U.S. Vice President Al Gore), Virgin Green Fund (founded by entrepreneur billionaire Sir Richard Branson), Zouk Ventures, Carbon Trust, Impax, and the Environment Technology Fund.

The 'Silicon Valley' of water technology, is fast becoming the cleantech incubator to the world. Israel recycles 75 percent of its wastewater, invented drip irrigation, and is home to the world's largest reverse osmosis desalination plant. Israel certainly isn't the world's biggest cleantech market, but it might just be one of the world's most important centers of cleantech innovation and R&D, with innovative companies such as CellEra, Aqwise, and Emefcy. Better Place is also making Israel the first test-market for a nationwide electric vehicle recharge network. Leading Israeli VCs include Israel Cleantech, Aqua Argo Fund and Terra Ventures.
Posted by Green Cleaners Singapore and Australia